How many smokers are there worldwide?

Nicotine is one of the world’s most widely consumed drugs alongside caffeine and alcohol.9 Smoking is ubiquitous, but 80 per cent of deaths related to smoking occur in LMIC,10 which in turn comprise about 85 per cent of the global population.

Smoking is not disappearing. There are as many smokers in 2020 as there were in 2000, when it was estimated that there were 1.1 billion smokers. The WHO projects that it will remain at around 1.1 billion until at least 2025.11 Population growth has offset the decline in the proportion of smokers in the population. 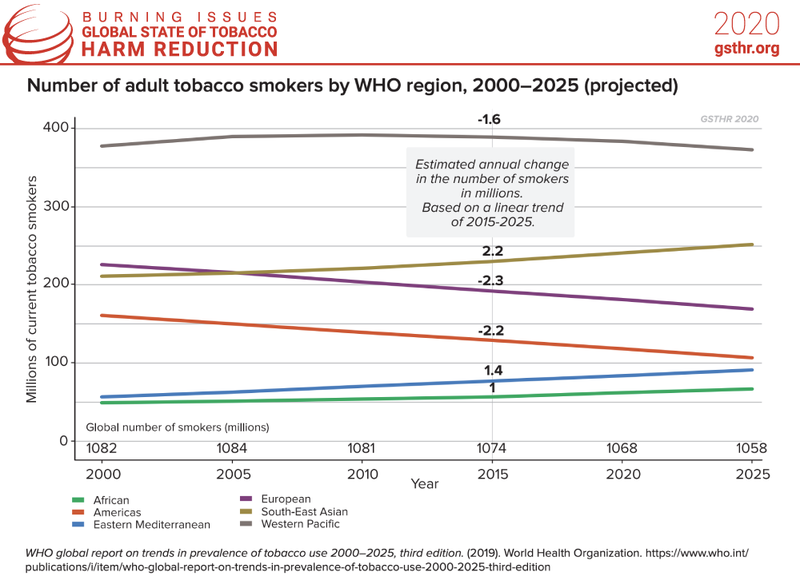