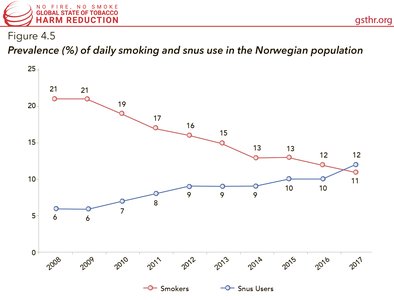 Prevalence (%) of Daily Smoking and Snus in the Norwegian Population 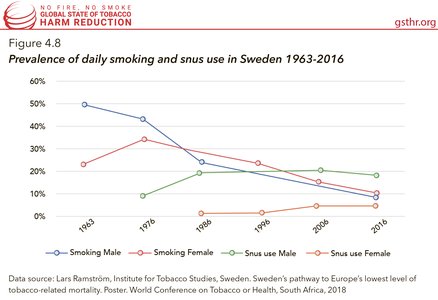 Prevalence of Daily Smoking and Snus Use in Sweden 1963-2016 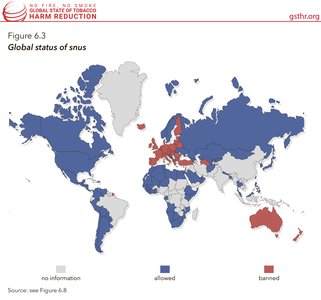 The EU stands out prominently as the only region to have a comprehensive ban on the sale of snus, which was implemented in 1992 and then incorporated into subsequent Tobacco Products Directives (TPD).

The UK started the ban when, in 1989, it outlawed oral snuff in response to the introduction of ‘Skoal Bandits’. When the first TPD was drafted, the EU legislators included a ban on snus as part of market harmonisation, in that three EU countries had implemented a ban, and the ‘market harmonisation’ reasons were used to enforce this across all EU countries:

For more information, see the full report: "No Fire, No Smoke: The Global State of Tobacco Harm Reduction 2018". 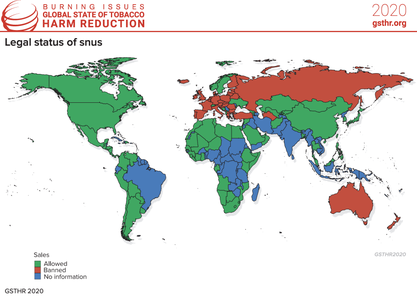