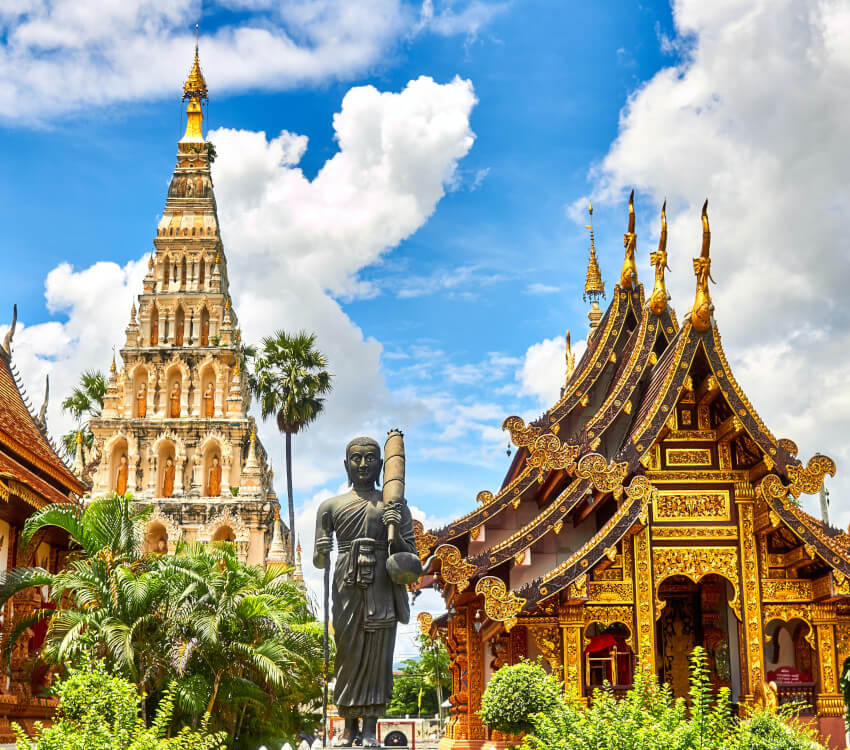 20.3% of the adult population are current smokers

There are approximately 11.7 million current smokers in Thailand

There has been a downwards trend in current smoking prevalence in the general population in Thailand. Smoking prevalence was 25% overall in 2000 and declined to just under 21% in 2015, with a further drop to 18% projected by 2025. The prevalence of current smoking for men remains high. Men’s prevalence decreased from 48% in 2000 to 40.5% in 2015, with a further decrease to 36% projected by 2025. Women’s prevalence was much lower, at 2.7% in 2000; this decreased very slightly to 2.2% in 2015, and is projected to decrease further to 2% by 2025. The WHO published prevalence trend estimates in tobacco smoking, as shown here, in their 2018 2nd edition report, which show slightly different smoking prevalence to the WHO country profiles. Data for the estimates are not age standardised, and were obtained from WHO databases. The trend lines are projections, not predictions, of future attainment. A projection indicates a likely endpoint if the country maintains its tobacco control efforts at the same level that it has implemented them to date. Therefore the impact of recent interventions could alter the expected endpoint shown in the projection. While the methods of estimation used in the first and second editions of the WHO report are the same, the volume of data available for the second edition is larger i.e. 200 more national surveys. The results presented are therefore more robust.

81,521 people in Thailand die from tobacco smoking-related diseases each year.

Details & datasheet on smoking in Thailand

In Thailand, heated tobacco products are classified alongside e-cigarettes under the Consumer Board Announcement and Ministry of Commerce announcement. Therefore, their sale and importation are banned under the existing regulations.

Details & datasheet on HTP in Thailand

E-cigarettes are prohibited under several regulatory mechanisms in Thailand. The Medicine Act B.E.2510 (1967) prohibits the manufacturing, sale and importation of modern medicinal products. The Tobacco Products Control Act B.E.2535 (1992) prohibits the importation and sale of products imitating cigarettes. Notification B.E. 2557 (2014) by the Ministry of Commerce bans the importation of e-cigarettes, including those without nicotine. A Consumer Protection Board order bans the sale of e-cigarettes, including those without nicotine. The Customs Act B.E. 2469 (1926) prohibits people from bringing untaxed products into Thailand. There is no explicit law banning the use of e-cigarettes, but vaping is banned where laws prohibit smoking. Although vaping is not banned as such, importing e-cigarette products and selling them are prohibited, and so vapers can still get arrested. Anyone caught breaking these laws can have their items confiscated and be fined or sent to prison for up to 10 years if convicted. In February 2019 the Phuket News reported that a French woman had been arrested, charged, fined, jailed and deported after being caught with an e-cigarette.

Details & datasheet on vaping in Thailand

Details & datasheet on snus in Thailand

Estimated NRT market size is 5.5 million €. In Thailand is legal to purchase nicotine without prescription to using NRT. NRT is legal to market. You can buy NRT in Pharmacy.

Details & datasheet on NRT in Thailand
The GSTHR database is updated regularly by our team. However, please be aware that the information we provide does not constitute legal advice. We cannot guarantee that the information is up to date or accurate, as the regulatory status of different product categories can change at short notice and with little publicity. If you wish to check the legal status of use or possession of any safer nicotine product in a specific country or region, you should verify the information independently. If you have reason to think that the information supplied on the GSTHR is inaccurate, please contact us with details and any references and we will rectify any errors.