An introduction to snus

What is snus and how is it used?

Snus is an oral tobacco product that has been used for more than 300 years. Named after the Swedish word for snuff, snus is made from ground tobacco leaves that are mixed with salt and water. It may also contain food-grade tobacco smoke aroma, or other flavourings, and is placed under the upper lip either in small teabag-like sachets called portion snus or loose. Snus is most widely used in Scandinavia, particularly in Sweden and Norway, where a form of the product known as ‘Swedish snus’ dominates the market. 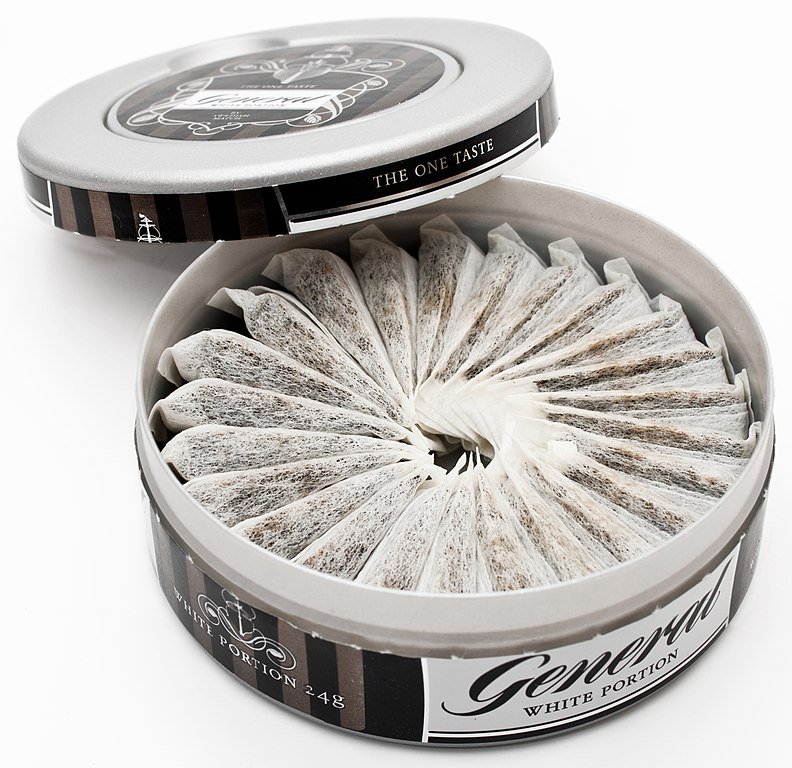 Snus is sometimes confused with a different product, nicotine pouches, as both are placed under the lip. But, unlike snus, nicotine pouches do not contain tobacco. Instead, they are made from plant fibres impregnated with nicotine.[i]

What makes snus safer than cigarettes or high-risk oral tobaccos?

The health impacts of smoking are now well understood to be caused by the combustion process that produces a cocktail of harmful chemicals found in smoke. Snus use differs from cigarette use because it does not involve the burning of tobacco and therefore avoids many of the risks associated with smoking.

Swedish snus is also distinct from other types of oral tobacco products because of the way it is produced. Unlike some other smokeless tobaccos, the tobacco in Swedish snus is not fermented but is pasteurised instead. This heat-treatment process inhibits the growth of bacteria that help the formation of a range of toxicants found in tobacco products. Pasteurisation also contributes to its chemical stability and enhances the shelf-life of the final product.

Most Scandinavian snus is made in Sweden where it is regulated as a food product under the Swedish Food Act. There is also a voluntary quality standard for snus products, the GothiaTek® standard, that sets out the maximum levels for certain constituents, including metals, nitrite, nitrosamines, agrochemicals, mycotoxins and aldehydes.[ii] There are also strict requirements for how the tobacco is grown. The tobacco used in snus is air- or sun-cured, which significantly reduces the levels of the toxicant benzo(a)pyrene.[iii]

While the manufacturing methods and ingredients have remained similar over time, the way snus is produced has become significantly more safety-focused during the 20th century. Changes introduced over the past few decades by manufacturers have resulted in substantial decreases in the levels of unwanted substances in the product.

Should smokers switch from cigarettes to snus?

Despite being used for centuries, the relative safety of snus compared to cigarettes has only very recently been confirmed by independent epidemiological and clinical investigation. But research has now shown there is little difference in health-adjusted life expectancy between smokers who quit all tobacco and smokers who switch to snus.[iv]

Snus contains lower levels of a range of toxicants found in cigarette smoke. For example, the pasteurisation process reduces the quantity of tobacco-specific nitrosamines present in snus. These chemicals are one of the primary carcinogens found in tobacco, and they have been linked with cancers of the lungs, oral cavity, oesophagus and liver from both cigarette and smokeless tobacco usage.[v]

In the United States, cigarette smoking is linked to about 80% to 90% of lung cancer deaths.[vi] But with snus use there is a negligible risk of lung cancer since there is no combustion, and exposure to tobacco constituents does not occur via inhalation through the respiratory tract.[vii] There is also no inhalation of carbon monoxide.

There is no overall association between snus use and oropharyngeal cancer (a cancer affecting the part of the throat immediately behind the mouth).[viii] In contrast, 25 out of 100 of mouth and oropharyngeal cancers in the UK are caused by smoking.[ix] Swedish snus use does not appear to be implicated in the development of pancreatic cancer in men.[x] Used as an alternative to cigarettes, snus also has the potential to reduce the incidence of cardiovascular disease.[xi]

Studies investigating a potential link between snus use and diabetes have reported little overall association. They do suggest that high consumption of snus (four or more cans per week) may be associated with a higher risk of developing diabetes, but these results are not conclusive.[xii]

In Sweden and Norway, high levels of snus use are associated with very low levels of smoking and smoking-related disease. Swedish men have switched from smoking to using snus in large numbers, with 23% of men using it daily in 2018.[xiii] Sweden has by far the lowest rate of smoking in Europe[xiv] and is the only EU state to have reached ‘smoke-free status’, classically defined as less than 5% adult smoking prevalence, in the adult population aged between 15 and 54. By comparison, the average EU smoking rate for this population is 26 per cent.[xv] Swedish men also have Europe’s lowest level of tobacco-related mortality, with 152 deaths attributable to smoking per 100,000 compared with the European average of 373 deaths per 100,000.[xvi]

Norway also has very low rates of smoking – 8% of Norwegian adults smoke daily – and increasing uptake of snus use among the young. Only 1% of women aged 16–24 smoke, while some 12% use snus daily.[xvii]

Can snus be a gateway to smoking cigarettes?

According to the gateway hypothesis, it would be predicted that among those who have not previously smoked, users of snus would be more likely than non-users to subsequently take up smoking. But a review of the evidence examining the possibility of gateway effects in Sweden suggested that snus appeared to lead users away from smoking rather than towards it.[xviii] With its status as a safer nicotine product, snus therefore not only acts as a tool to aid smoking cessation, it may also reduce the rate at which people take up smoking in the first place.

No, snus is banned in 38 countries around the world, but its regulatory status in many of them is not straightforward. So, while it is illegal to buy snus online or import the product for trade in the European Union, there is no legislation to prevent people importing it for their own personal use. These rules apply to all the countries in the EU, with the exception of Sweden, which gained a derogation (exemption) when it joined the EU in 1995. The EU legislation came in 1992, after the UK banned oral snuff in response to the launch of a brand of moist smokeless tobacco called Skoal Bandits. Unfounded fears linking the product with mouth cancer, together with concerns that Skoal Bandits was being targeted at teenagers, led to the UK ban, which was then mirrored by the EU.[xix] Snus is also banned in Australia, Bahrain, Liechtenstein, Macedonia, Montenegro, New Zealand, the Russian Federation, Turkey, Turkmenistan, the UK and Vanuatu.

How might extending the availability of snus benefit public health?

If the EU ban on snus was revoked, it is calculated that around 320,000 tobacco-related premature deaths among men aged 30 years or older could be prevented each year in the EU.[xx] A European Commission review concluded that complete substitution of smokeless tobacco products for tobacco smoking would ultimately prevent nearly all deaths from respiratory disease currently caused by smoking and reduce the cardiovascular mortality that currently arises from smoking by at least 50%.[xxi]

What have regulators and health bodies said about snus?

In its 2016 report Nicotine without smoke: Tobacco harm reduction, the UK’s Royal College of Physicians referred to the potential of snus as a safer nicotine product. It said: “The availability and use of […] snus in Sweden […] demonstrates […] that a substantial proportion of smokers will, given the availability of a socially acceptable and affordable consumer alternative offering a lower hazard to health, switch from smoked tobacco to the alternative product.”[xxii]

In October 2019, the US Federal Drug Administration (FDA) granted snus manufacturer Swedish Match the agency’s first ever modified risk tobacco product (MRTP) orders.[xxiii] The decision authorized the marketing of eight of its General Snus products alongside specific information about the lower risks of certain health effects compared to smoking cigarettes. The FDA’s summary stated: “The available scientific evidence demonstrates that exclusive use of the eight General Snus products will significantly reduce harm and the risk of tobacco‐related disease to individual tobacco users”, adding “the eight General Snus MRTPs will benefit the health of the population as a whole”. The FDA also said: “The claim ‘Using General Snus instead of cigarettes puts you at a lower risk of mouth cancer, heart disease, lung cancer, stroke, emphysema, and chronic bronchitis’ is scientifically accurate.”

For further information about the Global State of Tobacco Harm Reduction’s work, or the points raised in this GSTHR Briefing Paper, please contact [email protected]

For further information about the legal status and availability of snus around the world, visit the Global State of Tobacco Harm Reduction database. Select a country and then click on the quick link for specific national information about snus.

Our funding: The GSTHR project is produced with the help of a grant from the Foundation for a Smoke Free World, an independent, US non-profit 501(c)(3) which, under US law, must operate independently of its donors. The project and its outputs are, under the terms of the grant agreement, editorially independent of the Foundation.

[vi] ‘What Are the Risk Factors for Lung Cancer?’, Centers for Disease Control and Prevention, 19 October 2021, https://www.cdc.gov/cancer/lung/basic_info/risk_factors.htm